Paul Davis Restoration of East Michigan is proud to support and be involved in our community.

We are proud to support and be involved in our community. 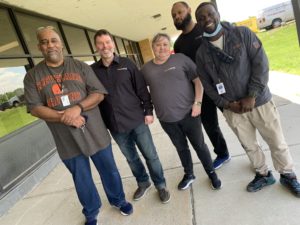 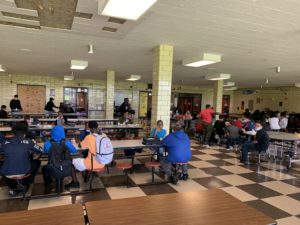 From the owner, Brian Thomas: “I’ll admit that I have accumulated a rather…uncommon…number of Buffalo Wild Wings (B-Dub’s) Rewards points. Well over 100K. And I had never used a SINGLE point! They just sat there. The thing was…I kept thinking to myself “there HAS to be a way to use them other than to continually feed my unhealthy obsession.” One night (at B-Dub’s), I struck up a conversation with a great guy who happens to be a teacher at a local Middle School. Mr. Scott from Pontiac Middle School here in metro Detroit to be precise. Truly wonderful soul. He mentioned that some of their kids come from challenging circumstances and they try to incentivize and reward them for “doing the right stuff” as Mr. Scott said. He went on to say that they host an event at the end of the school year for kids who have kept academic and other commitments…and have generally accomplished their goals for the year. He also laughed hysterically when he found out how many points I’d accumulated. Well…Mr. Scott and I put our heads together. He introduced me to the Principal of the school…we all talked…and this happened. How the heck do you use over 100K B-Dub’s points? You feed 75 kids, teachers and administrators during an event held in their honor. And you have a great time in the process. We were very proud to have the opportunity, and a HUGE thank you to Matt and Chris who are managers at B-Dub’s in Rochester, MI. They were ON it. Good stuff.”

We are here to answer your questions and to provide estimates

Top insurance companies trust Paul Davis to work with them and their clients.

Fill out the form below to send us a message